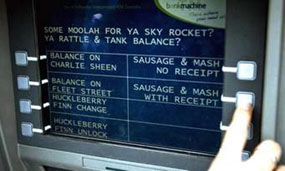 Creole around the world

The term “Creole” comes from the Portuguese “crioulo”, which means “black person born in the colonies”, and which has the Latin etymology “criare”, meaning “nurtured” or “raised”. It designates the origin of all African, European or mixed ethnicity people born and raised in the colonies. Little by little, the meaning of the word expanded, and it today used to refer to a language.

Creole languages are new languages, formed from one or several linguistic bases. They were formed in the 16th and 17th centuries, fostered by the European expansion into the New World. The first Creoles were probably invented in the plantations where slaves worked, combining European, African and Amerindian languages. Generally, their grammar has African origins, while their vocabulary is more European. These are oral languages, and seldom written down, although some dictionaries do exist.

127 different Creoles exist around the world and were registered in a study carried out in 1977 by Ian Hancock, a doctor of linguistics at the University of Texas. They were classified depending on their linguistic basis. Most Creoles are those based on English (35 countries), African (21 countries), French (15 countries) and Portuguese (14 countries).

Creole languages are spread throughout the whole world, except in Europe. Effectively, our continent only contains a single country where Creole is spoken: Gibraltar. There, Yanito, also called Spanglish, is spoken; a mixture of English and Spanish. On the contrary, the largest Creole speaking population is in the West Indies. Linguists specialising in Creole languages have also realised that these are generally insular languages, without knowing the reasons for the phenomenon with certainty.

However, Creole languages have only been made official in a few countries, for example in Haiti or the Seychelles, where English, French and Creole are co-official languages.

See you soon – or as they say in Guadeloupe, a dan on dot soley!